The context.
Rebecca Solnit, in her magisterial essay “Wanderlust” introduces us to the cultural meaning of walking: “Most of the time, walking is merely practical, the unconsidered locomotive means between two sites. To make walking into an investigation, a ritual, a meditation, is a special subset of walking physiologically like and philosophically unlike the way the way the mail carrier brings the mail and the office worker reaches the train. Which is to say that the subject of walking is, in some sense, how we invest universal acts with particular meanings. Like eating or breathing, it can be invested with wildly different cultural meanings, from the erotic to the spiritual, from the revolutionary to the artistic.”
One of the most interesting theory of walking is the Psychogeography, defined by Guy Ernest Debord, founder of the “Situationist International”, as the discipline that “could set for itself the study of the precise laws and specific effects of the geographical environment, consciously organised or not, on the the emotions and behaviours of individuals”. (Urban) walking as flâneury was inherent to Debord’s concept of psycho geography.

The auhor.
Iain Sinclair is a Welsh writer and filmmaker, whose much of recent work consists of an ambitious and elaborate literary recuperation of the psychogeography of London.
His working definition of psychogeography is: ‘For me, it’s a way of psychoanalysing the psychosis of the place in which I happen to live. I’m just exploiting it because I think it is a canny way to write about London’ (The Guardian, 24 April 2004).
His last published work is “The Last London”, an elegy for a city now lost, a final instalment of prose-poem essays championing the local and avant-garde against corporate capitalism and political arrogance. 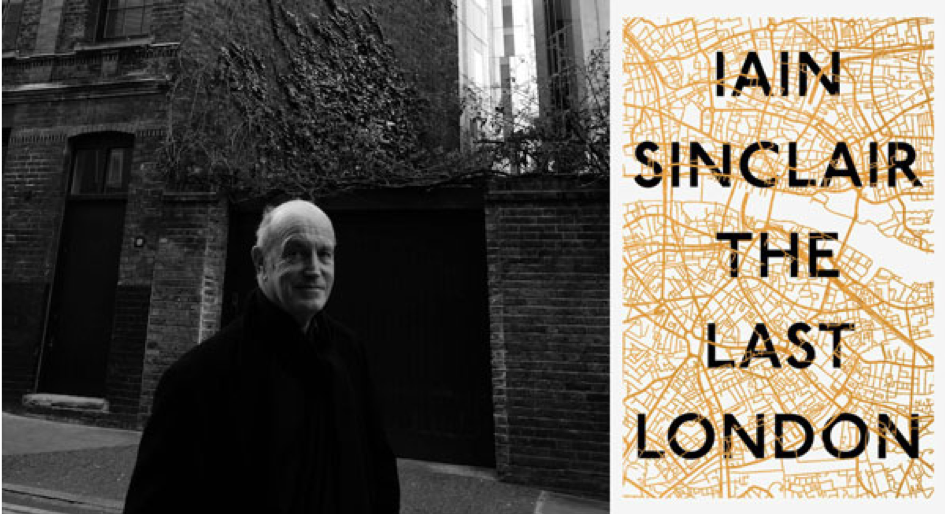