Sorry, this entry is only available in French. 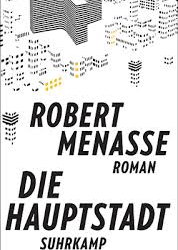 Le 13 mars 2018 à 12h Robert Menasse is an European writer and essayist who wrote novels and essays about literary issues but also about the future of Europe and the European Union, criticizing tendencies of re-nationalization and anti-European integration movements. Robert Menasse is well known in Brussels because of […]